A Not So Tasty Chip Shortage

A Shortage That's Leaving a Bad Taste in Our Mouths 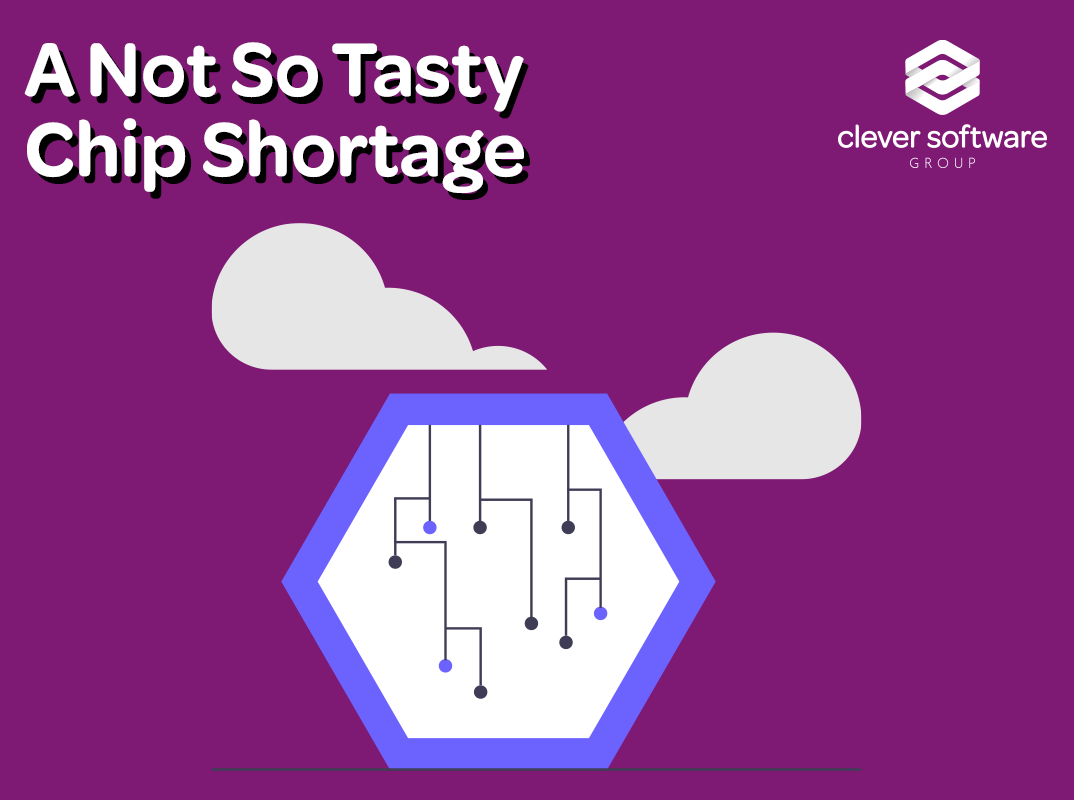 For the Love of Fries! There's a Global Chip Shortage

As Christmas fast approaches, many of us will have the latest and greatest tech written down on our present lists to send off to Santa. However, whether you have been naughty or nice this year, even old St. Nick might not be able to help you out with this one…

The on-going chip shortage – no, we don’t mean the potato kind – is still causing havoc with the production of so many of our most greatly desired pieces of tech. Sony’s PS5 game console has become notoriously hard to get hold of, as well as TV screens to play the videogames on.

The chip shortage has been rumbling on for a while now, but how long can we expect it to go on for?

Where it all Began

We are currently experiencing a monumental tech boom, meaning computer components are in very high demand. However during the on-set of the Covid-19 pandemic, a rise in need for tech gadgets was caused by the influx of people being asked to work from home. This meant that many required access to products such as tablets, laptops and webcams to be able to work in home environments unhindered.

Remember how people stockpiled toilet roll and canned goods at the beginning of the pandemic? Well, the same thing happened with computer chips. The advanced stocking up of chips and semiconductors meant that many tech firms were left in the lurch and struggling to acquire components for manufacturing purposes.

The Effect on Manufacturing

Countless products across so many industries rely on computer chips and semiconductors to maintain operations and manufacture the tech goods we have come to crave.

From car manufacturing to white goods production, manufacturing giants across multiple industries had to either halt or slow down production of consumer goods earlier this year. Car titans Ford and Volvo both temporarily paused production lines over safety concerns, caused by the on-going chip shortage. These computer components are used in the production of vital safety elements within vehicles, so without supply availability, these assets were unable to be fabricated. Production is now relatively back to normal, but it just shows how heavily reliant humanity now is on technology. Tech features in almost every aspect of our daily lives and this is something that is only going to progress and expand as new, groundbreaking tech continues to be devised.

However, every cloud has a silver lining. The chip shortage comes as great news if you work in the used car industry. Sales figures were up 108.6% from last year in Q2 of 2021, being deemed the “best ever second quarter” of the used car market. A smaller supply of newer models saw consumers look towards second-hand cars to replace their existing vehicles. This caused the prices of used cars to skyrocket, duet to the unprecedented demand in supply.

Computer chip and semiconductor maker plants are now working flat out to catch up with the back log of demand for components. However, it is unlikely that production will be equaled out before the end of the year and with Christmas now looming over us, this perhaps isn’t the news you would like to hear. Despite working against the clock, the quantity of chips being produced is still not enough to meet industry demand.

Apple has also recently announced that the production of its highly anticipated iPhone 13 has been greatly affected, which has ultimately led to a drop in the tech giant’s shares. The tech company has also revealed that it has had to reevaluate its sales targets and lower production by a staggering 10 million units.

“Why can’t we just make more chips” we hear you ask. That of course would be a very easy way out, but unfortunately the answer isn’t as simple as that. Computer chips and semiconductors are incredibly hard pieces of kit to produce; it costs billions of dollars to build, maintain and run manufacturing facilities. Chip fabrication also typically takes around three months to complete and requires a very precise environment and set of conditions to manufacture these components. It is a very lengthy process, which was significantly interrupted by the unfolding of the pandemic.

How Long will it Last?

The chip shortage is predicated to span at least two years, hopefully coming to an end in late 2022 or early 2023. This may seem like a long way away, considering we are all still trying to get our heads around the events of 2020, but 2022 is only 3 months way.

Covid-19 has caused a colossal stress on the chip manufacturing industry and although production plants are just about managing to remain afloat, it will be a long while yet until things are ‘back to normal’.

As our expectations for the release of latest and greatest tech continue to rise, so will the demand of production – production that was already struggling to keep up with supply and demand of chips and semiconductors before the pandemic took hold.

All I Want for Christmas

Perhaps this year you will have to reassess your present expectations – You may not get the PS5 you want, but at least this year we will be able to spend Christmas day surrounded by those we hold nearest and dearest. A PS5 can wait. All being well, you will be able to get your hands on one by Christmas 2022!