Facebook's Getting a Facelift

The Biggest Rebrand of the Century is Taking Place 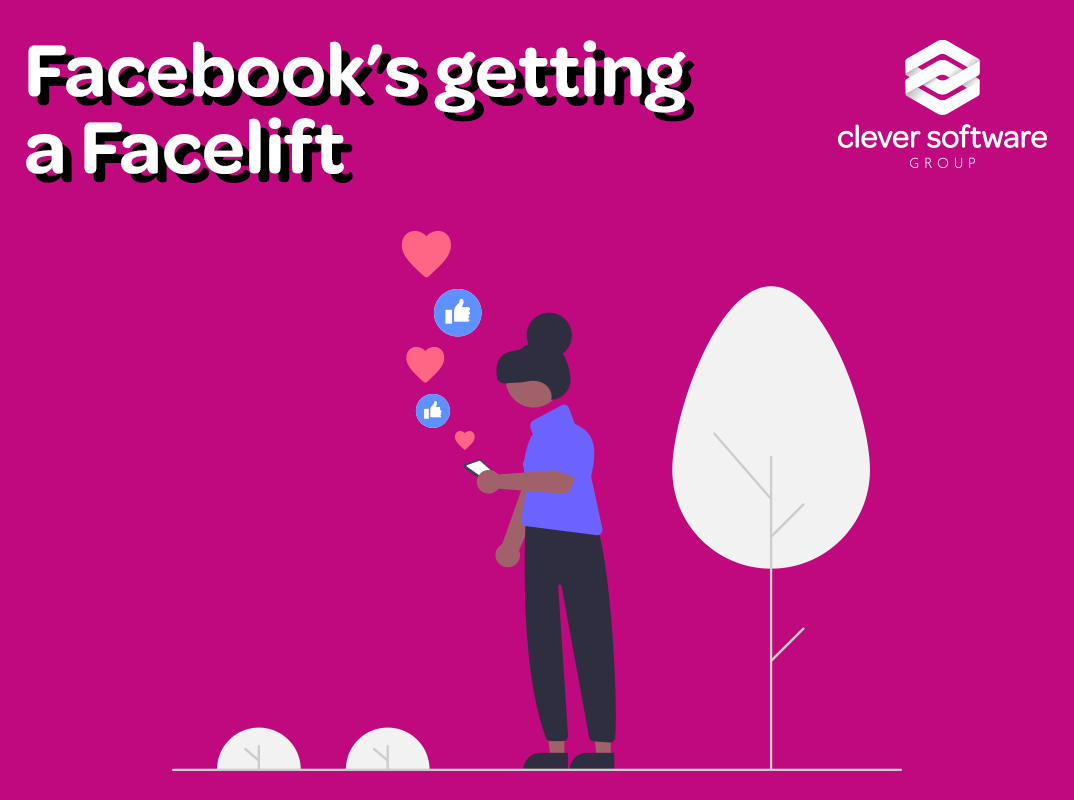 The Dawn of the Metaverse

At Clever Software Group, we like to keep an eye on the latest tech and software development news. This allows our software developers to keep up with the latest and greatest tech revelations and have a good knowledge about what is taking place in the wider technological industry.

Last week, we spotted something not to be missed. Social media giant Facebook, announced something monumental – A rebrand.

The tech heavyweight plans to change its parent company name to ‘Meta’ and are looking to form and build some kind of ‘Metaverse’.

What is a Metaverse?

The Metaverse is intended to be a fully immersive online platform, which will look and feel like the real, physical environment around us but be portrayed in a virtual reality (VR). VR software is creeping into so many elements of real, everyday life; it is no longer simply the fantasies of science fiction novels or Hollywood films. It is very much becoming a genuine, tangible element of the world around us.

So What Does this Mean for the Current Facebook?

It is thought that Facebook will move to be a product within Meta’s arsenal and sit alongside Whatsapp, Instagram and the other software applications that sit under Facebook’s current umbrella.

However, despite this potentially being the biggest rebrand of the century and forecast to cost a whopping $20million, Facebook (as it currently stands) has already created 10,000 jobs to support its grand plans for the Metaverse. This employment expansion includes opportunities to manufacture hardware for eventual consumer use and the development of bespoke AR software, which will be used within the Metaverse.

CEO Mark Zuckerberg has expressed that he wishes society’s views to shift from Facebook just being viewed as a social media platform. Instead, he wishes for Meta to become an overall contender in the wider tech industry, with the desire to eventually manufacture smartphones and other hardware products.

There has been a lot of speculation as to why a rebrand of this size has been announced by the tech company, at a rather convenient time.

Facebook has experienced a lot of bad press recently – from a huge social media outage across all of their platforms, to a whistleblowing scandal – there seems to be no time like the present to brush everything under the carpet and start again under a different alias.

Whatever the true reasoning behind the rebrand of all rebrands, Facebook is most definitely future-proofing itself for the next wave of technological advancements. The tech company has announced plans to hire a further 10,000 employees to establish their Metaverse mission within Europe.

The rebrand is supposedly meant to support Facebook’s intensions of exploring uncharted areas, beyond social media. Zuckerberg has said Facebook could not “possibly represent everything we are doing today, let alone in the future”.

Facebook is not the first tech company within the Big Five to rebrand.  In 2015, Google changed its parent company name to Alphabet; however, this switch didn’t catch on within society and not many people are even aware it happened.

It appears Facebook’s marketing team have done a truly amazing job of getting the Meta message out there, but is it a change for the good for the tech giant? We shall simply have to wait and see.