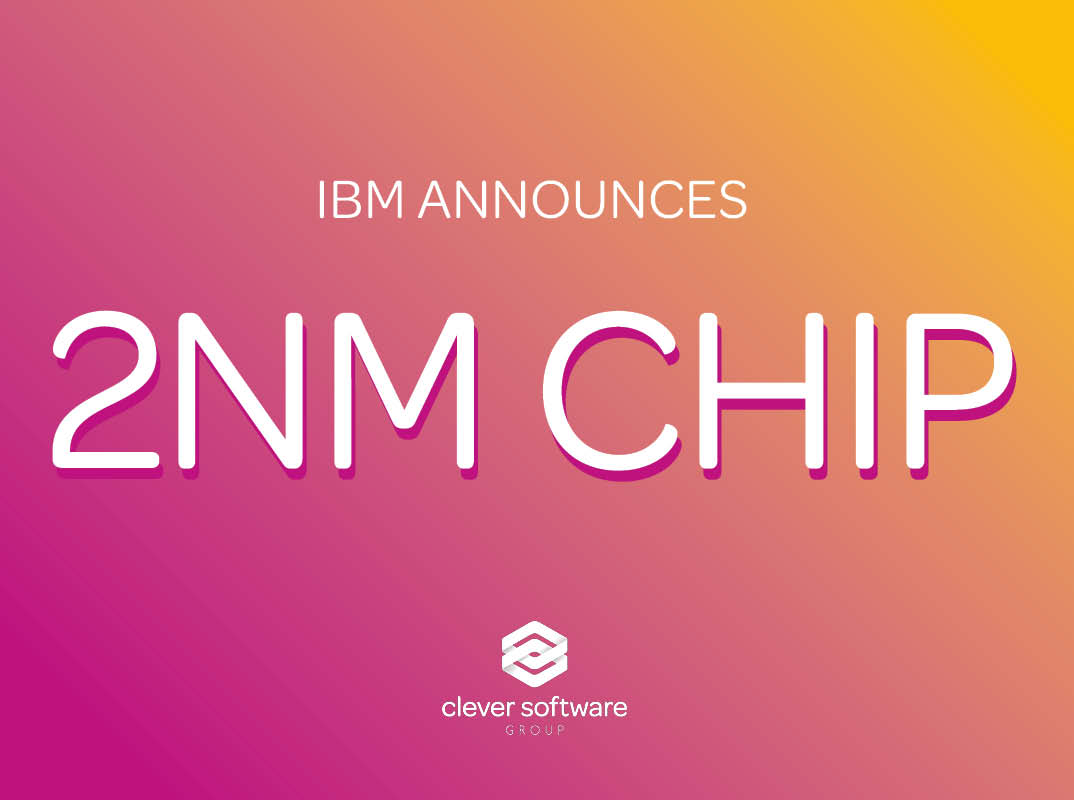 50 Billion Transistors in 'the Size of a Fingernail'

As a custom software development company, we are fascinated with the next best, latest and greatest tech. We keep tabs on what is being created in the works and soon to be released not only by tech firm giants, but emerging underdogs as well. Technology and bespoke software development now come hand in hand, so it is vital to keep up-to-date with what is making noise in both fields of industry. Staying on top of pioneering technology trends and releases will allow us to keep our clients ahead of the game and allow our team of developers to continue to craft high quality, bespoke software solutions.

Earlier last week, tech giant IBM announced that it has produced a test prototype for yet another groundbreaking semiconductor chip. This tertiary chip, with the processing power of 2 nanometers (nm), follows on from the release of IBM’s 7nm (2015) and 5nm (2017) nanosheet technology chips.

Despite not being commercially available for at least another 4 years, IBM claim that the cutting-edge 2nm chip can squeeze 50 billion transistors into a space ‘the size of a fingernail’. This is a staggering 20 billion more transistors included in the pioneering new chip, apposed to the older 5nm version, which only contained a mere 30 billion. This massive advancement in processing power, the ability to downsize and create a more efficient semiconductor, highlights how much progress the technology industry has made in recent years – with little to no sign of slowing up anytime soon.

Semiconductors are tiny components that feature heavily in modern day living . They play essential roles in everything from computing and smart technology, to beauty gadgets and game consoles. IBM have been able to reduce the chip size through a new manufacturing process, known as ‘Gate-All-Around’. This method involves stacking transistors in a 3D format.

IBM boasts one of the world’s leading research centers, located in Albany, New York, which focuses on developing future technologies regarding semiconductors. However, despite its mighty reputation, IBM do not currently own the facilities to manufacture their own innovative designs, and instead, outsource production to third parties. In light of this, competitor technology firms have stated they are developing sites in which ultra-low nm chips can be produced, to rival the technology advances IBM is generating.

Ironically, this impressive news comes amidst a global chip shortage, which has been predicted to rumble on until 2023.

Potential benefits of the ultra-low nm chip include:

Quadrupling life of a mobile phone battery (with the forecast of only having to charge it every 4 days).

Significantly speeding up the functionality of laptops and improving overall computing performance.

Contributing to the quicker detection of objects, which will largely impact the automotive industry and production of self-driving cars.

The inclusion of more transistors per chip means the integration of incredibly innovative technologies, such as AI and cloud computing, will become much easier and more widely accessible. It will also pave the way for better encryption opportunities and hardware enforced security services.

Side Note: The release of the 2nm chip is still very much at the ‘watch this space’ stage. Despite this, the possibility opens up a whole world of revolutionary opportunities for the bespoke software development and technology industries alike.