Hunting down our favourite buried treasure in the tech realm 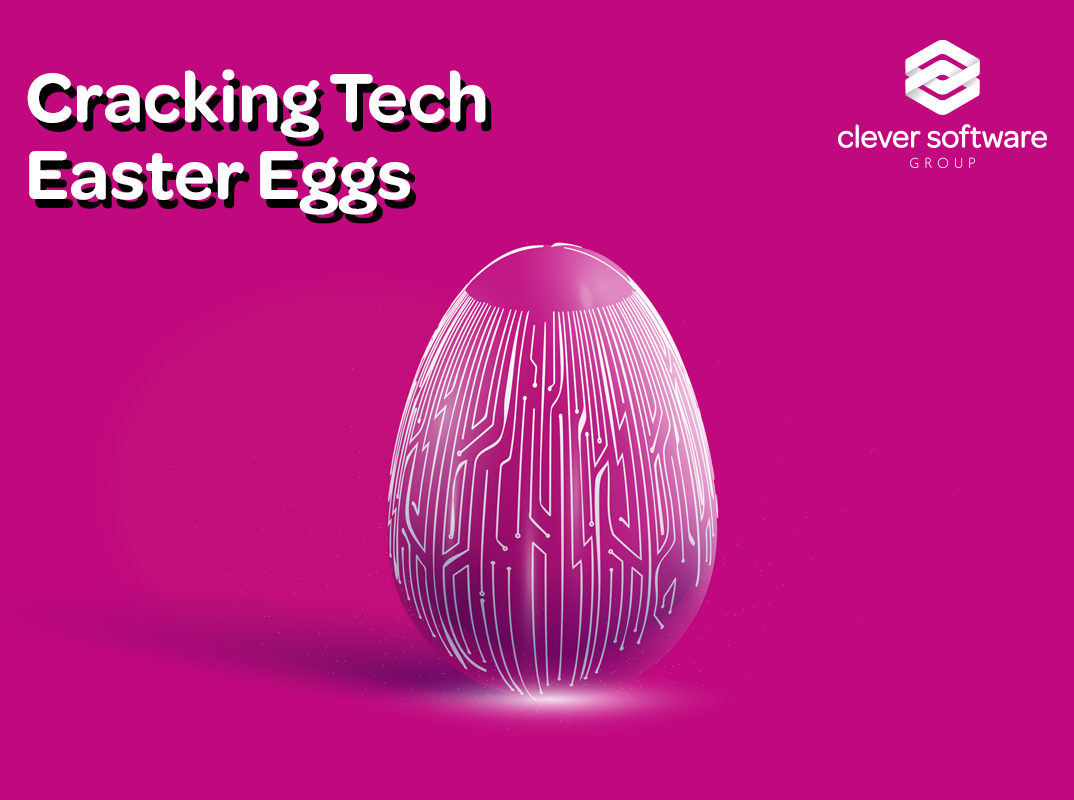 Our favourite tech Easter eggs to be hunted down and cracked

With the Easter Holiday just around the corner, we’re excited to go on an Easter egg hunt or two. While we’ve got our eyes set on chocolate eggs, we'll never get bored of hunting for tech Easter eggs too!

So, what do we mean by Easter eggs in the world of tech? It’s the name given to a hidden software surprise – commonly a joke, a message, a game, a secret level or a feature that hasn’t been documented. Developers love being creative and sneaking in buried treasure to be found. However, most often, finding an Easter egg is not that simple as users must follow a special series of steps to actually find it. Some Easter eggs are so hard to find that it’d take years to crack, with some developers giving up and eventually revealing their best kept secret.

The earliest known Easter egg in software was hidden inside an early text editor called TECO, which was developed in the ‘60s.  When creating a new file on a PDP-6, the command typically entered would be "MAKE". However, if you were to instead enter "MAKE LOVE", the computer would respond with "NOT WAR". That's the beauty of Easter eggs, they come as a pleasant surprise and almost like our tech is talking back to us!

Putting all our eggs in one basket

Easter eggs appeal to both developers and users, combining puzzles and secrets and a sort of knowing nod between the people working on the product and their audience. Over the years, you might have come across some of the Easter eggs hidden in your favourite programs, video games, hardware and even on the web.

At Clever Software Group, we’re a tech-savvy bunch who love Easter eggs. And the tech variety gives us just as much of a kick as the chocolate kind! Here’s our pick of some of the tastiest tech Easter eggs to be found out there. Chick this out!

Software developers have been especially egg-stra at hiding secret features and seem almost determined to land themselves in the Easter egg basket of fame! From a simple printed message to images or a small video game neatly hidden away, there have been some cracking unexpected surprises in software over the years.  Sometimes software that we use on a daily basis can have games lurking behind the scenes just waiting to be discovered. Excel 97 had a hidden flight simulator, while Word 97 had a hidden pinball game and Facebook Messenger has a basketball game, which can make you forget the reason you opened the app in the first place!

Google are one of the masters at planting buried treasure into the search engine; their flight simulator on Google Earth is particularly legendary. Another of our favourite software Easter eggs comes courtesy of Google Chrome. We’ve all been there when your Wi-Fi is down or Google Chrome can’t find a connection, it’ll take you to an error page with a Dino. Hit the spacebar and you’re in for a treat – a retro-style runner game!

In 2014, the Chrome UX team decided to turn downtime into fun time. "There's nothing fun about getting kicked offline—unless you have a friendly T-Rex to keep you company, that is," explains Chrome UX engineer Edward Jung.

While Easter eggs are often found in software, sometimes they could be found in hardware too. On some home computers the BIOS ROM contains Easter eggs, AMIBIOS is one of the original brands of basic input/output system (BIOS) chips and is probably the most commonly installed BIOS chip in today's personal computers. An eggs-ellent example includes 1993 AMI BIOSwhich on November 13, 1993, proceeded to play ‘Happy Birthday’ via the PC speaker repeatedly instead of booting. Musical Easter eggs never fail to make us smile!

You’ll also find Easter eggs roaming free in most operating systems (although Microsoft stopped their Easter eggs in 2002). Linux has plenty of hidden commands, some with a running cow-theme and Android is well known for it’s multiple stage eggs.

Another one that caught our attention is the hidden gems in the Apple Mac OS. While Apple doesn't really have a reputation for gaming, there are some masked games right in the Mac operating system. And they’re in the one place that you’d least expect games to be: the Terminal. You can find classic OG games like Tetris, pong and snake hidden right under your noses. And they're all just as addictive as ever! 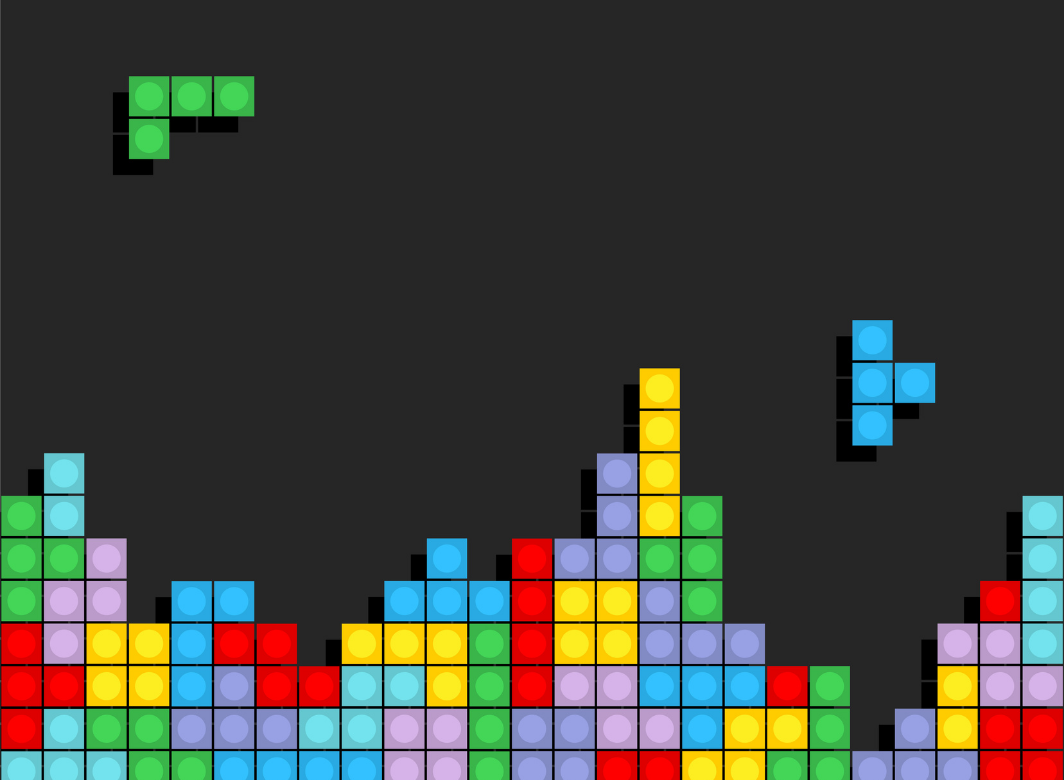 Games developers are renowned for their creativity. So, it’s unsurprising that all the secret levels, messages, rooms and jokes that are built into games have got more and more sophisticated. Nowadays, it’s almost expected to have an Easter egg in games, with most developers including Easter eggs as part of their marketing strategy to egg-cite players within the gaming community.

Developer Warren Robinett kicked off the craze in 1979 with a message inside Atari’s Adventure. It was simply a pixelated written message that read: “created by Warren Robinett” as a way of being recognised – a nod to the fact that back then video-game developers were not given credit. Little did Robinett known he would be paving the way for legions of developers to put their stamps on their games. Since then, covert features such as The Komani Code, animal cameos, cultural references and retro arcade games have become huge talking points in the gaming world.

The Grand Theft Auto games franchise has also become synonymous with inspired Easter eggs. One of our favourites being The Thelma and Louise flying car scene stealer. GTA gamers have become so used to looking out for hidden gems that the developers have even begun building in ironic messages. In GTA Sans Andreas, at the top of the middle of the Gant Bridge, there is a plaque which reads “There are no Easter Eggs up here. Go away.” An Easter egg with an identity crisis? Brilliant! 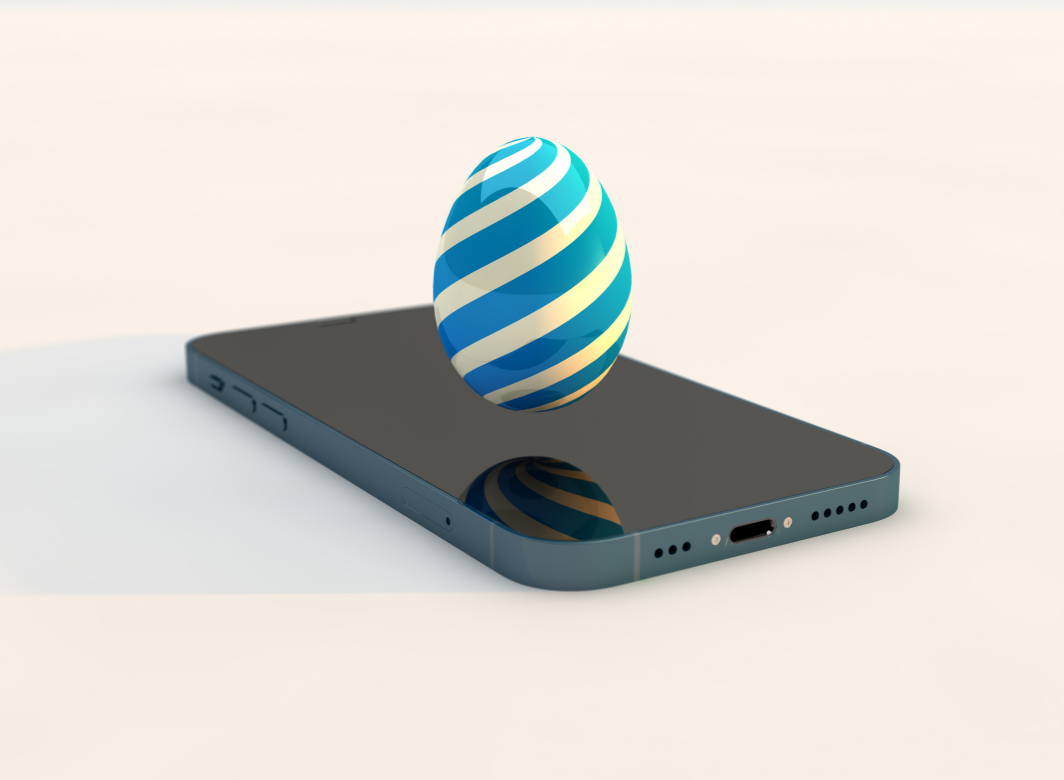 Of course, our favourite handheld devices have plenty of scrumptious Easter eggs to be devoured too.

Android phones have always had hidden features which give a nod to the individual version of the operating system. They started off featuring artwork and in recent times interactive images and games to be solved have gained in popularity. Over the years there have been plenty of marshmallow, lollipop and jellybean themed games providing hours of procrastinating fun!

Smartphone assistants are also full of hidden prompts. Google Assistant will have you make believe you’re a wizard with Harry Potter style commands that will turn your phone torch on and off as if by magic! While on iOS phones, Siri is programmed to respond to tons of conversation starters in a hilarious way. Some of our favourites include asking, “I see a silhouetto of a man.” In return Siri offers a dramatic monologue of the Bohemian Rhapsody lyrics – hilarious! Siri never fails to impress with witty answers to jokes and sassy comebacks to cheeky questions too.

Easter eggs in the world of tech have come a long way, and today can be found in almost anything, films, cars, or even VR. There’s something super fun about finding one of the treats and unravelling the challenge in a way you won't forget in a hurry.

Whether you’re hunting for choccies or buried treasure in the tech realm this weekend, we hope you have a great Easter holiday and happy hunting! If you're in need of some light reading when you're enjoying some treats, take a look through our Think Tank. Plenty of articles which are good eggs to get your teeth into!