The Rise of Sustainable Tech 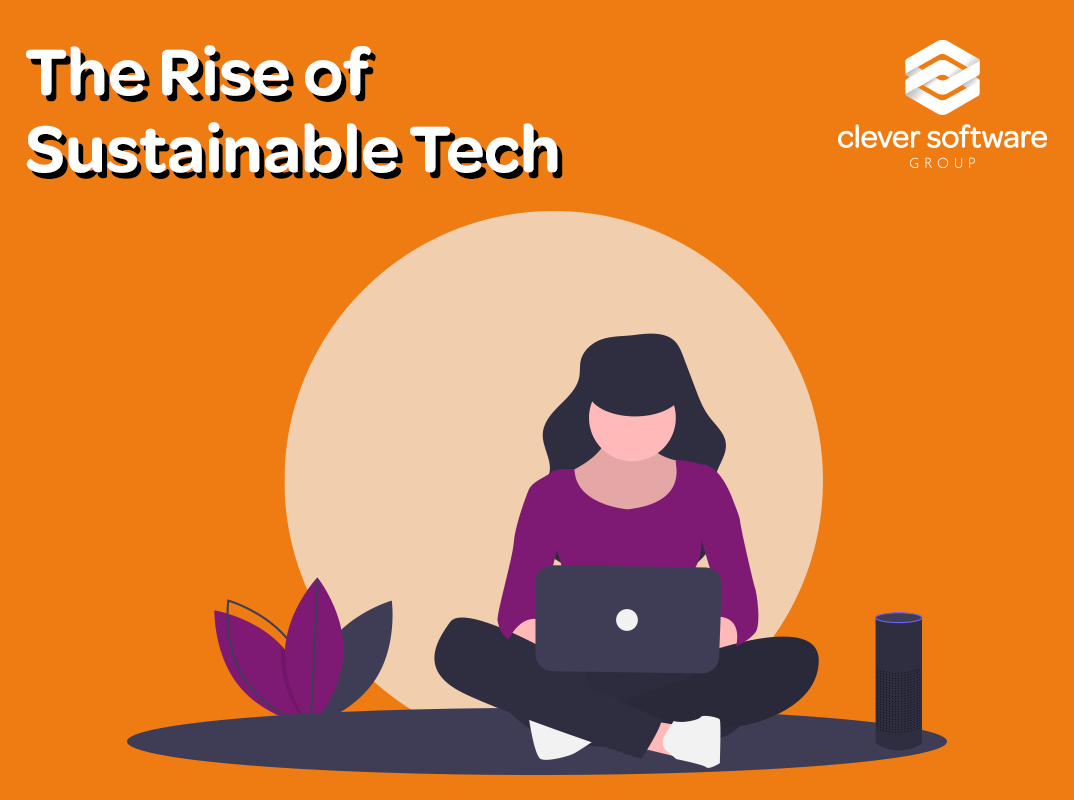 How Greener Tech is Helping to Future Proof Our Planet

With the globe getting warmer, wildlife populations shrinking and the concentration of carbon dioxide in our atmosphere recorded to be the largest it’s ever been, the grips of our climate emergency are tightening. Without a reduction in greenhouse gases, the global surface temperature will continue to rise, and extreme weather will cause greater devastation. Rapid climate change is needed. Making commitments to reduce carbon emissions which result in active change is becoming a social and environmental responsibility for us all.

Nature based solutions to conserve and restore our forests and oceans are well underway. The business world is also playing their part by setting Environmental, Social and Governance (ESG) targets with detailed plans to become greener. More manufacturing processes are geared towards minimising emissions and eliminating fossil fuel use. The race to achieve net zero is officially on. But how can technology help to support the reduction of emissions?

What is Sustainable Tech?

Sustainable IT is focused on the reduction of consumption and considers the environmental impact that the manufacturing, use and disposal of tech can have. Using innovative production methods to reduce environmental and ecological impact, a sustainable approach asks questions about a device such as:
•    Is a device manufactured in an environmentally-friendly way?
•    Will the device be energy efficient when in use?
•    How easily can the device be recycled?
•    Does the device have a long-life cycle?

Substitution, prevention and efficiency are the key drivers to producing more planet-friendly tech products. Mapping supply chains to have a better understanding of the source of materials is leading to a reduction in mining activities and a shift to non-biodegradable materials and renewable resources being made.

Can Tech Help to Save Our Planet?

As our consumer habits have intensified in the last ten years, the rapid production of new tech releases has led to an increase in waste. In the EU, more than 160,000 laptops are disposed of every single day and an estimated 100-120 million smart phones are thrown away worldwide every year. The high demand for consumer tech in recent years has created something of a double-edged sword. Our abundant reliance on smartphones and computers has led to an increase in waste and energy use. However, technology is also paving the way to help us live smarter and greener.

In many corners of the world, sustainable technology is working wonders to try to tackle the challenges of climate change, reducing waste, chemicals and resources as well as increasing productivity, efficiency and cost savings. Transforming the way we live and work to achieve sustainability can be accelerated by technology. Over the past decade, there have been huge advances in sustainable methodologies which have enabled solar and renewable energy sources to revolutionise the energy industry. Solar powered homes, wind powered street lighting, electric transport and smart heating devices are becoming more common place. There are also great eco-friendly tech innovations on the horizon such as Direct Air Capture Tech, smart cities, hydrogen ships, electric planes and jellyfish robots to name a few!

Satellite technology has enabled live air quality data tracking, which has opened our eyes to the state the planet is currently in and helped to make informed decisions about the action that is needed. Measuring and reporting of carbon data is also being made more sophisticated thanks to smart sensors, Artificial Intelligence and Internet of Things. Combined, these revolutionary tech tools are helping people to be more aware of their energy consumption in the home and enabling businesses to take action towards a less wasteful workplace and achieving ESG targets. In December 2021, the UK Government announced £116 million in new  funding for businesses to boost green innovation.

Digitisation and Cloud Computing is helping to offset energy consumption on local machines; moving software applications to a cloud-based environment can significantly cut energy use in the workplace. Software development which automates business processes can also have an impact on resources as well as enabling greater remote working, which in turn reduces travel and air pollution.

There's also a rise of green software engineering, which involves eco-friendly considerations by software developers when deciding how to build software applications. Software developers are beginning to assess the environmental impact of the software they create and are future proofing system performance to provide optimal energy efficiency.

Although we love our smartphones dearly, we don't ever get too attached. Many of us are guilty of ditching them for the next best thing. The average smartphone’s lifespan is only two years. However, longer lasting tech devices that are made in a way that won’t cause harm to the environment are on the rise. So too are schemes to encourage users to make better use of functional devices rather than replacing them with the newest model.

Recycling parts and remanufacturing of existing devices is being offered more widely while laws which limit the use of toxic pollution and energy that a product can use are also becoming more prevalent. Computing technology is also making great waves to put the environment and people first in the production of consumer electronics.

A smartphone’s journey to market can involve tapping into natural resources and relying on workers in developing countries. In 2013, Fairphone launched the world’s first ethically produced smartphone. Built to last longer and be easy to repair, Fairphone smartphones focus on the manufacturing process: creating an ethical supply chain. By sourcing their materials responsibly and advocating for workers’ welfare, the company is trailblazing the way for consumer electronics to be fairer and more sustainable. Since their inception, the company have reused the materials from 100,00 waste phones.  In September 2021, Fairphone launched their fourth model, a waste neutral 5G phone which prioritises people and the planet in its production.

Teracube is also innovating in the smartphone industry with their longer life Android devices which aim to reduce material waste and promote fair-trade practices. Made with 25% recycled polycarbonate, the teracube is engineered to last for at least four years and goes back to the days of a replaceable battery. The packaging has also been reduced by getting rid of accessories like earphones and cables that not everyone needs and for every device sold, a tree is planted.

How are the Big Tech Companies Becoming Greener?

As a forerunner in the tech industry, Microsoft are also leading the way in their sustainability efforts. They’ve been carbon neutral since 2012 and have big ambitions to be carbon negative by 2030. As one of the largest purchases of renewable energy, Microsoft plan to have 70% of their data centres run on renewable energy by 2025. They also have their own Climate Innovation Fund in operation, which aims to remove all the carbon the company has emitted in its forty-seven-year history as well as promoting sustainability practices through their business processes and use of cloud technologies.

Samsung have also been committed to reducing their packaging for the last two years, moving to recycled and sustainably sourced packing and by 2030, aims to recycle £7.5 billion of electrical waste. The leading tech company is using fewer disposable materials in their manufacturing processes too with more environmentally conscious supply chains. Three of Samsung’s major sites are now powered by 100% renewable energy sources with a view to expand on this in other regions.

As a major supplier of computers worldwide, Dell are also making big moves to be more sustainable and on track to reduce their greenhouse gas emissions by 40%. To date they have used £100 millions of recycled plastic and had 90% of their waste diverted from landfills.  Dell have also recently announced plans for a new laptop, “Concept Luna” which is longer lasting, easier to fix and has less of an environmental impact.  If this concept comes to fruition, it could lead to a dramatic reduction in the carbon footprint of their device production.

Apple have made great strides in the sustainability of their company with all operations now running on clean and renewable energy. Recycled materials are becoming more dominant in their latest MacBook’s, iPhones and smartwatches and by 2030, all of Apple’s products aim to use less power and be carbon neutral. The 24inch iMac, for example, is made using recycled plastic, tin and rare earth elements and contains an M1 chip which is designed to use significantly less power. Everything from the device’s design to how it’s made, shipped and used are being re-factored. They’re also investing heavily in innovation for carbon removal and are part of the creation of the $200 million Restore Fund to help produce natural climate solutions for our planet.

A More Sustainable Future is in Sight

The adoption of sustainable IT strategies by businesses along with commitments being made by tech giants to reduce their environmental impact are all steps in the right direction to save our precious planet.  Our consumer habits can too play a part in reducing waste. Tech is such an intrinsic part of our lives and the more sustainable it is, the smarter and safer we can all live.

For some tips on how to make your software greener visit here.